Some thoughts about who won WW2

Leon Degrelle, a member of a Belgian Waffen-SS division, and one of a very few historians to defend the German war effort (he found sanctuary in Spain, though his life and the lives of his children were threatened for years because of his involvement with the SS), argued that Hitler's main purpose in invading Russia was twofold, to destroy Communism, and secure the freedom of western Europe from the Bolshevik threat. Hundreds of thousands of Europeans from all different nations agreed, and fought in the Soviet Union in the multi-national Waffen-SS, another fact that may startle a casual observer. Degrelle was but one of many. In defense of the theory that Stalin planned aggression against western Europe, Degrelle provides some fascinating quotes: Soviet Marshal Choponitov wrote, "The coexistence between Hitler's Germany is only temporary. We will not make it last very long." The famous Soviet commander Zhukov stated before the war, "Hitler is in a hurry to invade us; he has good reason for it." There is also extant evidence that, just weeks after concluding the non-aggression pact with Hitler, the Soviets began expanding the scope of their military power, according to Degrelle, for offensive purposes. In an informal interview with his Fuhrer (Hitler greatly admired Degrelle, said once, in fact, that if he had a son he would wish him to be like Degrelle), Hitler told him, "When I entered Russia, I was like a man facing a shut door. I knew I had to crash through it, but without knowing what was behind it."

Please feel free to make your own judgment about who was at fault in precipitating the war, for both sides can muster solid evidence. Perhaps it is a combination of both, but at any rate, it would be perhaps the bloodiest war in history, leaving some 25 million dead. The war was fought with unprecedented brutality, partly because of the nature of the two regimes, and partly because the Soviet Union had not signed the Geneva Convention, which laid down international law for the treatment of prisoners. Hitler issued orders notifying the troops of this, which gave greater leeway to the barbaric instincts that war creates, and also ordered the extermination of captured Soviet commissars, the political leaders of the Russian troops. On the first day of the war, German units cut off behind Soviet lines were massacred and mutilated, and any hope for a "humane" war went down the tubes. The war was fraught with atrocities on both sides; Germany waged an entirely different sort of war against the more hardened and brutal Eastern foe than against the Western allies. Part of this doubtless was because of National Socialist propaganda against the Russian people, but it was also partly in reprisal for Soviet atrocities. 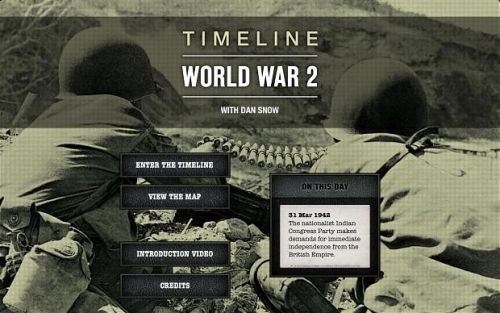 The savage war in the East came to an end in May of 1945, with Berlin and all eastern Germany destroyed in the wake of an unbelievably savage campaign of terror waged by the Red Army, and nearly all of eastern Europe under Stalin's thumb. Poland, who the western Allies had went to war to free, was now a slave of the Communist Soviet Union, not free, as England and France had promised they would be. The only achievements the western Allies could really point to in Europe is that they liberated western Europe from Nazi tyranny. Granted, this is true enough, but those countries had fallen because they had become pawns in a supposed effort by Britain and France to liberate Poland. And in the long run, they were probably saved, not from Hitler's reign of terror, but from Stalin. By 1944, the war was already lost, as all German military men already knew. The only question was whether they could halt the Allied D-Day invasion, and impose a bloody stalemate that would avert total destruction. When the Allies established their Normandy beachhead, the handwriting was on the wall for the National Socialist regime. German soldiers and officers often expressed the hope, knowing the war was lost, that the more humane Western allies would take Berlin instead of the Russians. In fact, there is evidence that Field Marshal Erwin Rommel planned to open up the Western Front in July, after failing to convince Hitler the war was lost, and let the U.S. and British armies march into Berlin. Unfortunately, Rommel was wounded before he could implement such a plan, and later executed for alleged complicity in the bomb plot against Hitler's life. How such a plan, if gone through with, would have worked out presents a perplexing problem, for Roosevelt and Churchill had already sold out eastern Europe to Stalin at Teheran, finishing the deal at the Yalta and Potsdam conferences. It is appalling to me to see the leaders of the "free world" selling out a whole chunk of a tormented continent to one of the most bloodthirsty dictators in history. They did not improve the lot of those oppressed peoples one whit, but merely exchanged one dictatorship for another, and ensured that the chains of slavery would remain, and that the blood would continue to flow for generations thereafter. It is enough to make one wonder just how interested the Allied leaders were in "truth, justice, and liberty."

Men like Degrelle, Otto Carrius, Hans Ulrich Rudel, famed German Stuka pilot, will argue fiercely that they fought not from depraved racist motives, but in the desire to free Germany and Europe from the Communist demon. Other German soldiers, such as captain "E.P.", spoke for many Germans, when, in the heady days of early victory in Russia, he declared, "Praise God that the German people now has summoned the calmness and strength to give the Fuhrer the tools that he needs in order to protect the West from ruin." Whether this was the motivation from the top echelons of the German government is debatable, and I am not here to argue that, but the fact remains that the German soldiers' motivation most often was defense of his country from the ravages of Communism, a danger that proved all too real when Soviet troops set foot in Germany, setting off an unprecedented rampage of rape, looting, and murder, done, they claimed when the atrocities came to light, in recompense for German crimes perpetrated on their soil.

So, in the Russo-German war, by far the largest and most important theater of the Second World War in Europe, two dictatorships fought over the destiny of Europe, to determine whether it would be subject to Hitler, or Stalin. The Western allies purportedly fought for the freedom and liberation of all, but sold out eastern Europe to Stalin. In the end, they managed to liberate the western European nations, in other words, leaving them no better or worse off than they were before 1940. Eastern Europe could not say the same. Untold thousands would die in Communist prisons and massacres, and even today, the danger of Communism is not dead. The current president of Russia is a former member of the KGB, and there have been recently some very Communist trends in his policies which are disturbing to thinking Europeans. It is no wonder, then, that at the 60th anniversary of VE-Day, the Lithuanian president Valdas Adamkus said, "On that day, we traded Hitler for Stalin and we should not celebrate it." That, then, is the legacy of World War 2 in Europe Western Europe as it was before the conflict, minus thousands of brave young fighting men and civilians, and eastern Europe exactly where Stalin wanted it all along-under his thumb. 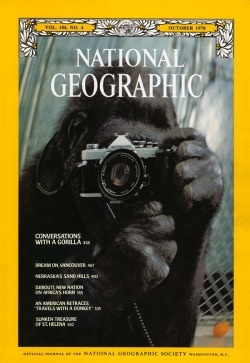